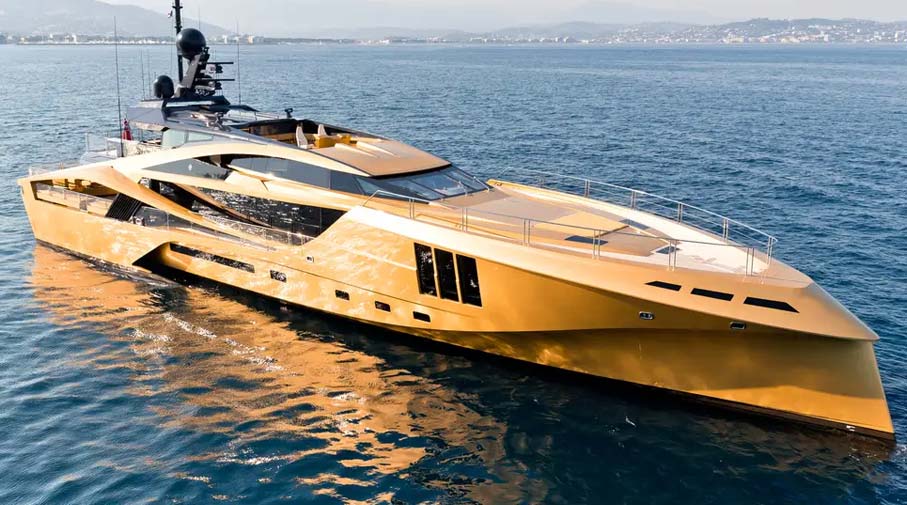 The wealthy elite always enjoys some rare privileges. One of them is owning an expensive private yacht. These yachts are no ordinary sailing vessels. They are the shining examples of craftsmanship, marine technology, and luxury.

Some of these yachts are provided with unbelievable amenities like basketball courts and helipads. The owners of such yachts spare no expense to equip them with the most desirable luxuries. Here are the world’s most expensive yachts that will amaze you:

It is owned by Robert Kuok, a wealthy Malaysian businessman. It cost him $4.8 billion to have this yacht built. Nearly every feature of the yacht has been created out of gold and platinum. One can see it everywhere, from railings and decks to bedrooms and staircases.

This yacht has a length of 533 feet and is the second-largest yacht in the world. It is owned by Roman Abramovich, who is a Russian billionaire. This businessman and politician spent $1.5 billion to get this yacht built. It is equipped with the latest technology with the capability of detecting deadly missiles and intruders.

It has a couple of helipads and a mini-submarine that can be deployed to a depth of 50 metres. It has also been built using bulletproof glasses. This makes it the safest among all the world’s expensive yachts.

It features miniature versions of the popular attractions in the city of Monaco. The three stories of this vessel have elevators, living rooms, offices, and private balconies.

This yacht is owned by Sheikh Khalifa bin Zayed Al Nahyan, the emir of Abu Dhabi. Azzam has been built with a total cost of $600 million. It can move at 35 kilometres per hour, making it the fastest among the world’s most expensive yachts. The yacht is 590 feet long, which also makes it the largest yacht.

It is equipped with an onboard missile defence system. The word ‘Azzam’ means ‘determination’ in the Arabic language. It has the power to maintain high speeds even during varying conditions of ocean water. This is mainly owing to the two diesel engines and two gas turbines of the yacht.

Topaz was built at an overall cost of $527 million and is owned by Mansour bin Zayed Al Nahyan. He is the half brother of Khalifa bin Zayed Al Nahyan and the deputy prime minister of the UAE. The yacht is the world’s fifth-largest private yacht, having a length of 482 feet.

It has two diesel generators onboard and a third emergency diesel generator for backup power. They supply enough power for lighting and air conditioning of the yacht’s luxurious facilities.

6 Fabulous Luxuries Found in the Most Expensive Yachts

5 Things to Consider Before Chartering a Yacht